When it comes to cosmetic surgeries and treatments, there are so many that in some cases even when we believe there’s no solution for our problem in actuality, there might be. Meet Terry. She came to our office all the way from Asheville for a problem in which she believed there was nothing that could be done to fix it.

For the past 20 years, she’d always had dark spots on the inside of her lip that were progressively getting worse as time passed. 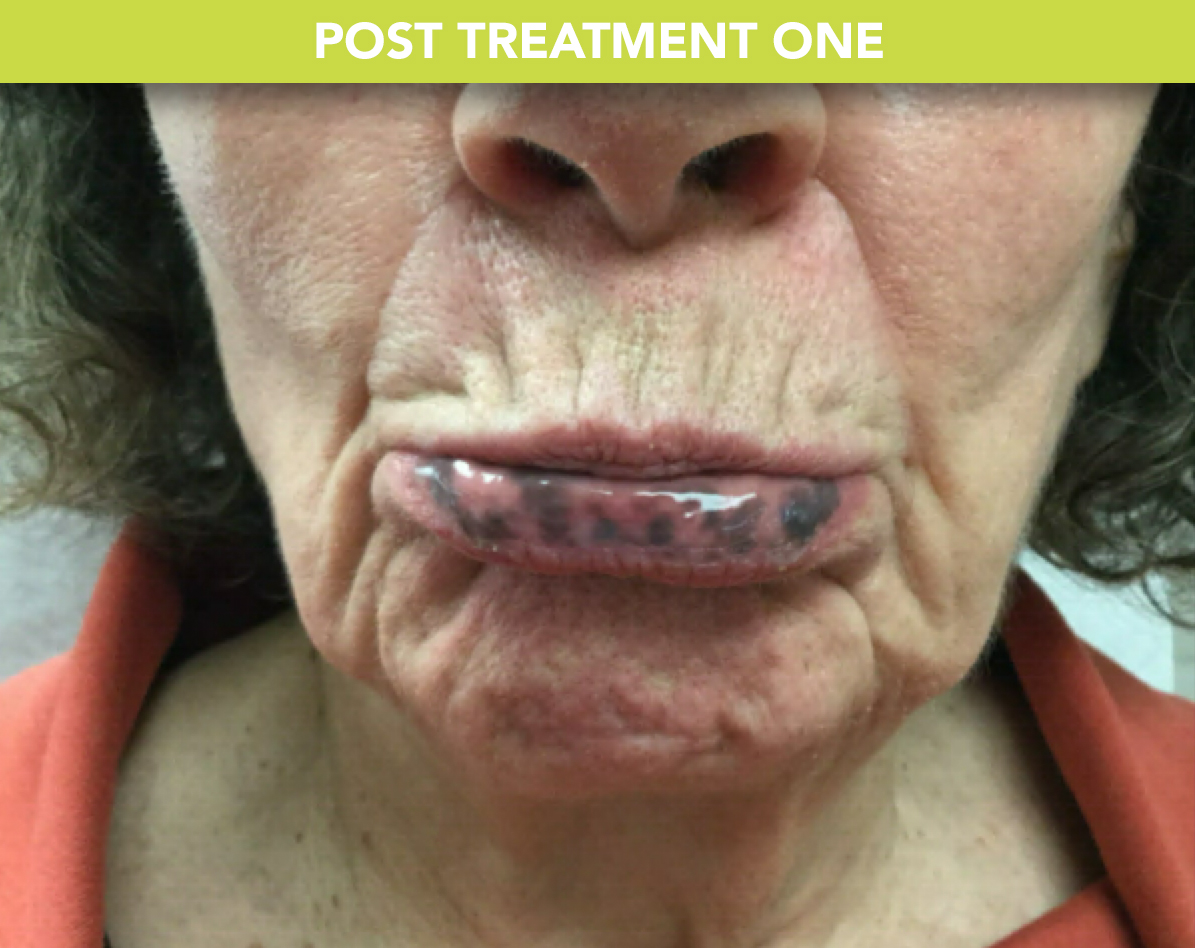 “I’m short so people above me were looking down and I have [a] very narrow lip line so some of my skin inside my lip [just] shows naturally”. She truly didn’t believe anything could be done until one day during an appointment with her dermatologist in Asheville.

He thought it was simply “discoloration”, but to be sure he sent her to another local dermatologist to confirm his diagnosis. However, instead of confirming, the other doctor believed that what was previously thought of as superficial discoloration was now something a bit deeper and more serious. So, his suggestion was to cut it all out— yikes.

Moving on to another option, Terry did some research and found a laser specialist local to Asheville but based on insurance requirements her dermatologist had to release her to be able to go.

“He wouldn’t release me to do it, he said ‘no you have to go to Charlotte’. He felt this was the only place that was qualified to be able to do this.”

Flash forward and she couldn’t be happier she decided to take his opinion. Dr. Rostan and our laser specialist Leigh Anne had the same thought as the second doctor she went to (minus the cutting part). They ran tests just to confirm that the pigment was indeed superficial and not vascular, but the tests revealed great news— it was only pigment which meant they knew instantly how to treat it.

The quality-switched laser or ‘Q-switched’ offered the advantage of breaking up the tiny fragments of pigmentation without damaging the surrounding tissue leaving Terry with results that she didn’t even think were possible.

2 treatments later and a 3rd for clean-up, Terry’s lips look amazing. Take a look for yourself: